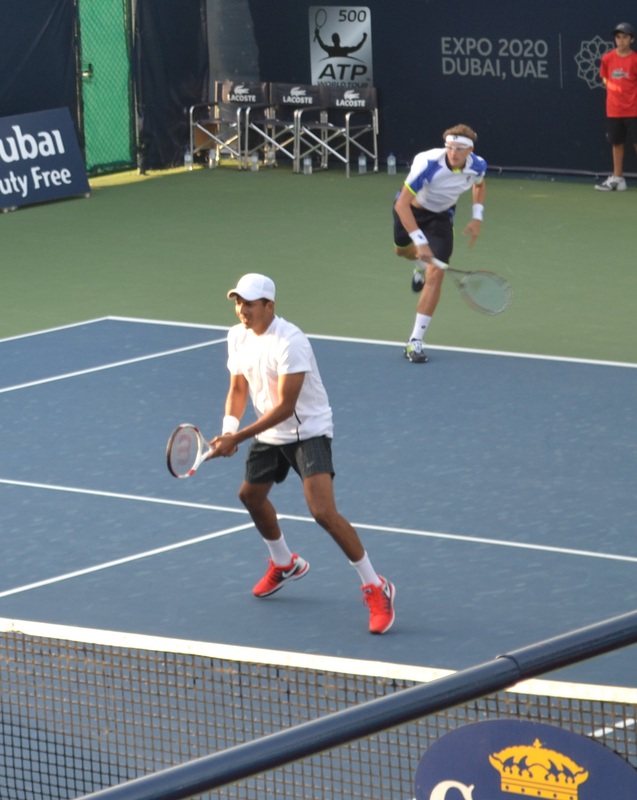 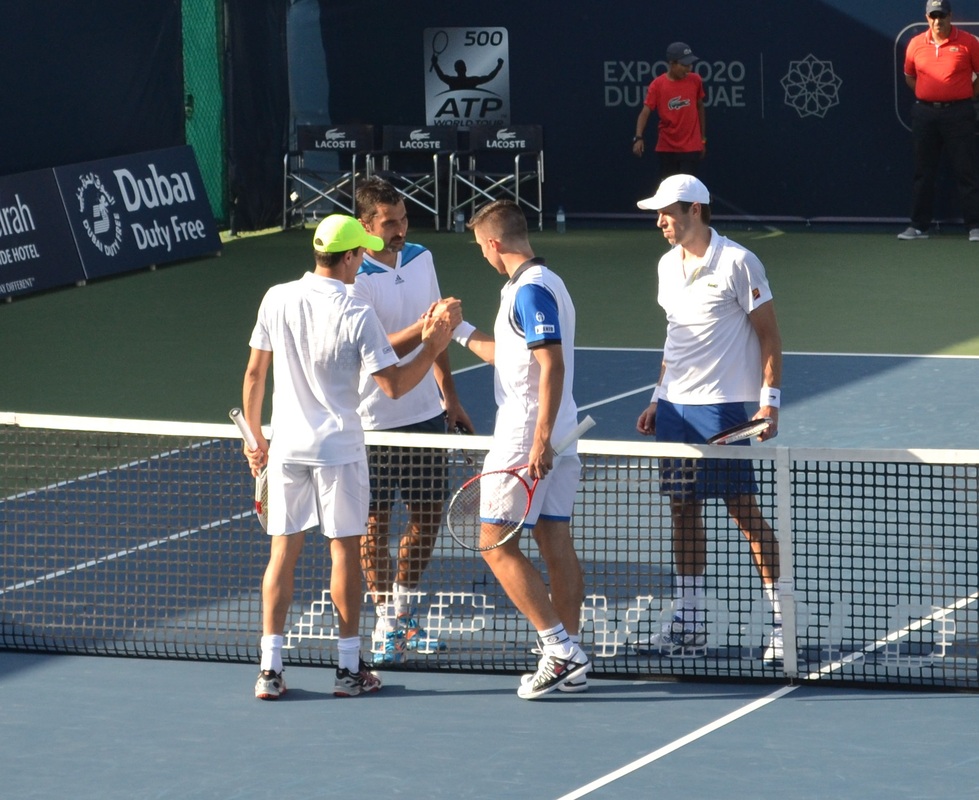 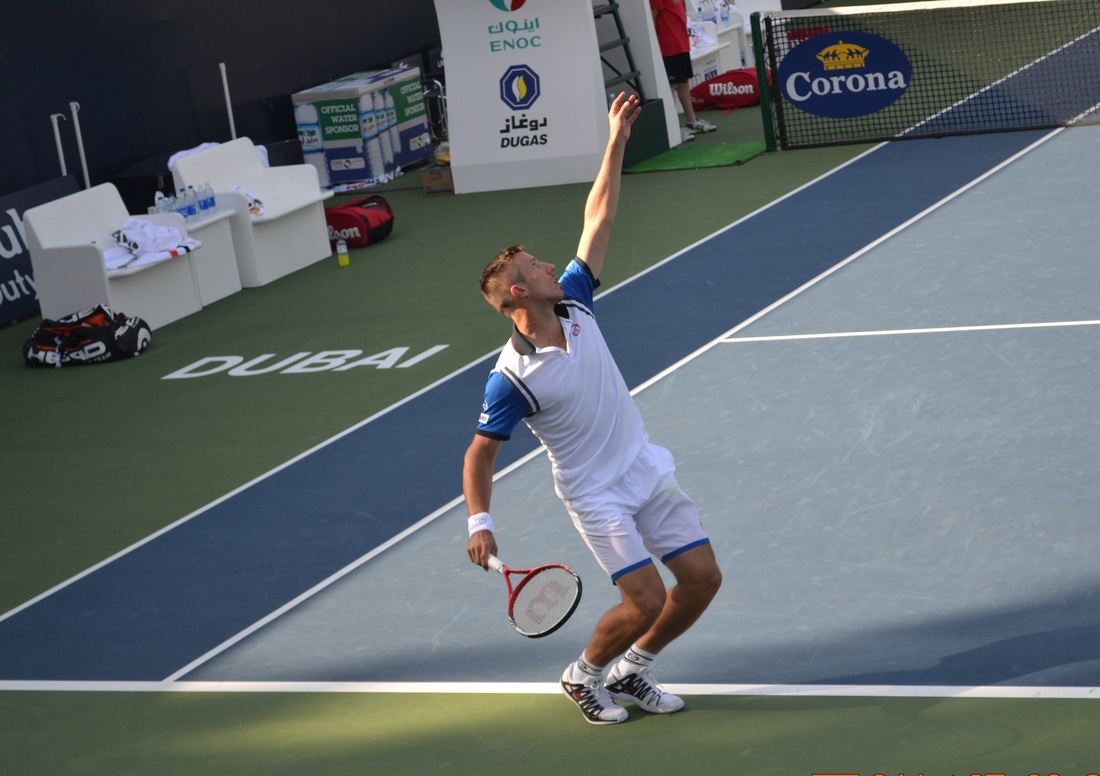 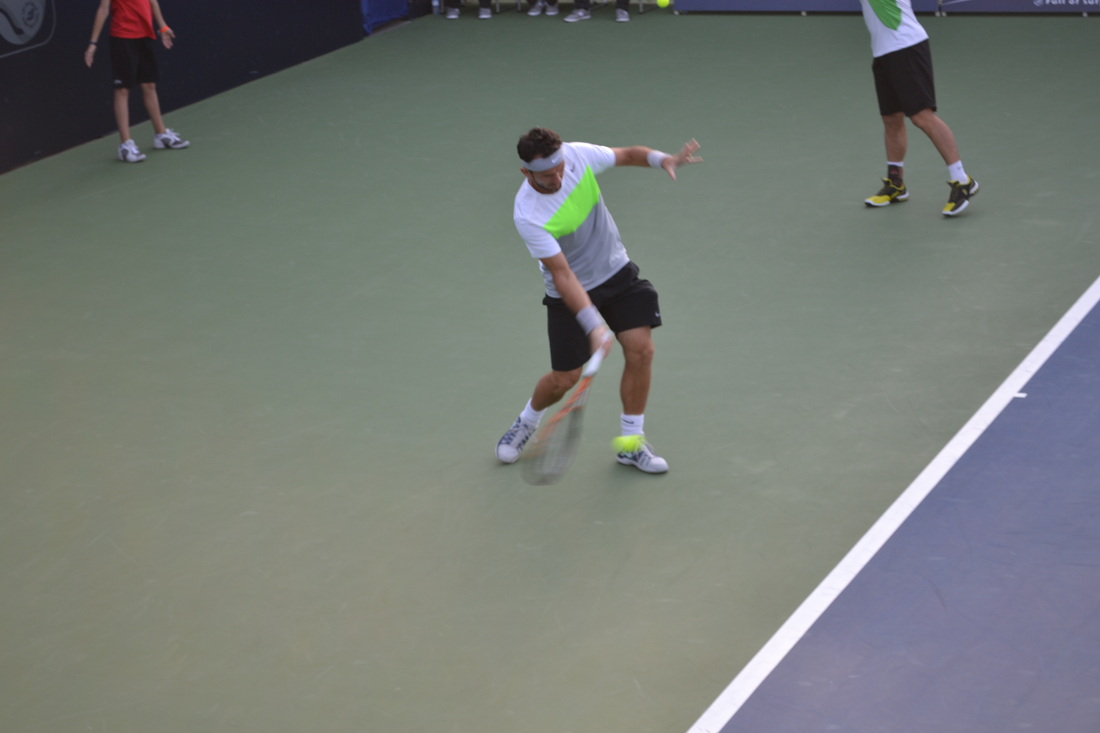 On a wild impulse I accepted Amna’s request to attend the Dubai Duty Free Tennis Championship as a Press Volunteer.  I knew absolutely nothing about tennis and I have never before attended a sports match let alone been a volunteer at one. But what a great decision that was! In no other way could I have possibly spent the mid-term break better.

Those three days were spent on photographing the renowned tennis players, transcribing quotes from players, impressionist, teachers and students. I was proffered the opportunity to meet new people, witness interviews with prominent players such as Somdev Devarmaan, Malek Jaziri, Philip Kohlschreiber, the impressionist- Josh Berry and ask Philip KohlSchreiber a question.

The Promo Sevens has instigated a laudable action by inviting the children of the Lacoste Special Needs Tennis Clinic to be taught tennis by some of the famous tennis stars. The children might have been a boisterous bunch but you couldn’t deny the fact that they enjoyed and appreciated every second.

The highlight of the stupendous experience was, unequivocally, Roger Federer. The stadium was jam-packed, the atmosphere was intense and the spectators were frantically biting their nails on the edge of their seats. All for Roger Federer.  He flitted like lightening across the court, powerfully striking and smacking the tennis ball. In less than twenty minutes, he had won the first set. Every time Federer scored the applauses were so tumultuous that they were sure to make Thor weep.    Unfortunately, I couldn’t stay for the whole match. But I didn’t need a crystal ball to tell me that Roger Federer had vanquished his opponent, Radek Stepanek.

An unforgettable perk of being a press volunteer was amazing seats to every game. Sitting at the front, analysing and photographing the players’ every move made me learn the game very quickly although Alia’s input made it much easier to apprehend. Another benefit reaped from the experience was the closer bonds forged with Amna, Alia, Micky and Mrs. G. There were a great group to hang out with, especially during lunchtime. =D